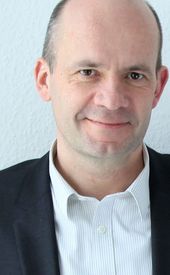 OPEN-XCHANGE, the security conscious open source white label productivity provider from Germany, has announced a three-way merger to create one of the largest open source companies in Europe.

The new deal sees the combined Open-Xchange take a 90 percent market share in the secure DNS market and some 130 million user accounts.

We caught up with Open-Xchange CEO Rafael Laguna to get his thoughts on the news, starting with the advantages that the combined company will bring to the open source market.

“Dovecot and PowerDNS bring a huge amount of expertise gained over decades of work in the IMAP and DNS industries, and Open-Xchange brings experience in the web application space,” he said.

“As a result of the mergers we will now able to offer our customers a complete solution covering the whole portfolio of communications, email and office functionality from front to back.”

Using a phrase du jour at the moment, Laguna added: “A complete solution stack such as this allows our customers to get a ‘single throat to choke’, further facilitates up-selling and cross-selling opportunities and makes for a more compelling and integrated product for the end user.”

Laguna’s concerns about the state of the internet are well known. The company released research in December looking at the tipping points that customers have when deciding whether the price of sharing data with companies is too much.

That knowledge, combined with the power of the three companies working as one, will accelerate the fix for this problem, according to Laguna.

“We can innovate at a much more rapid pace. The internet is broken. It needs a fix to truly scale to the size it is now without foregoing user privacy and security,” he said.

“Email and cloud collaboration need attention. Among us we now have the tools to fix this: Dovecot is in 57 percent of all IMAP servers, PowerDNS in 90 percent of all DNSSEC, and OX is available to 130 million users from 100 of our service provider partners plus the many open source users. Altogether this makes for a pretty good start to change things.”

But with great power comes great responsibility, a consideration that the new company does not take lightly.

“We all feel a responsibility to show leadership and strength in protecting the flourishing open source ecosystem and its goals,” said Laguna.

“The idea of open source software is based on creating open ecosystems that everyone can participate in. The internet is a pretty good example of what such open innovation can do, and there are many more.”

“Open source is about sharing your innovation and your ideas, rather than protecting your intellectual property and thereby impeding further development.”

“By making everything we work on freely available we encourage everyone to take the next step, apply it to their needs, deploy it in their environment, make it work for them. In short, innovate.”

The size of the new company could be seen as an instant Goliath to take on the proprietary systems. It’s a view about which Laguna is adamant.

“Marc Andreessen [Hewlett Packard board member, designer of the Mosaic browser and all-round tech demi-god] recently said: ‘Software is eating the world.’ But really, open source is eating the software world. So not a small threat!” he said.

Referring back to the study, Laguna used one of his favourite metaphors. We suspect he is an Eagles fan.

“Open source is creating ecosystems that everybody can participate in. Closed systems create silos. No matter how successful they are, how well they are done, they are still ‘Hotel Californias’,” he said.

“This becomes especially important when it comes to cloud services. Proprietary here means not only the software that implements the service, but the data and the terms of service around such data.

“No surprise many of them use thousands and thousands of words to ‘explain’ to their users that they waive all rights to them. But, hey, nobody reads them anyway, as a recent study conducted by Open-Xchange shows.”

Laguna believes that using open source technology puts people in a position to reclaim the rights and ownership of their data, and that can only be a good thing.

“Open source and its service implementations are the opposite of the proprietary services. They not only create open, competitive ecosystems, but they are inherently more hospitable to the users’ privacy, data protection and ownership rights,” he explained.

“While some may say that open source runs contrary to the idea of intellectual property, it is really the only system that takes care of people’s rights regarding their data.

“This is why open source will prevail in the internet services age that we are entering. Just think of what lies ahead of us in the Internet of Things.” µ